Can the world be powered by renewables? 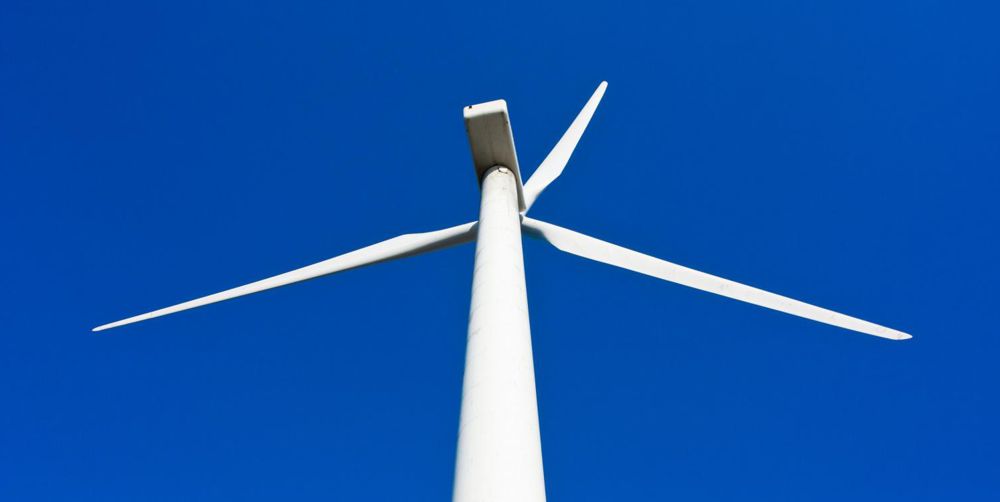 The basic physics of renewable power are surprisingly simple: all energy from outside of Earth reaches us from the Sun, about 1 billion TWh per year, with the energy consumption from all of humanity being “only” about 200,000 TWh each year. There is also a “little“ bit of heat left in the earth´s core and kinetic energy in the momentum of the moon. But it is easiest to focus just on the Sun and take the others as a bonus.

The energy emitted from the sun can typically be felt as heat – or the lack of it for most of the time in Finland – and wind. Even if we focus just on the solar radiation, we would need a square as small as 500 by 500 kilometers covered with solar cells to collect enough energy for the world. That is about 10% of Algeria, 3% of Brazil or 13% of Saudi Arabia. Think about this for a second, 10% of Algeria could power the world! This might sound like an incredible achievement; news like the industrial giant Germany being powered by just renewables might make you think the green future is just around the corner. But the actual trend is much more bleak.

Germany is only powered by renewables for a few days a year and, even then, this excludes heating or transport, which together make up for the bigger chunk of energy usage (about 50%). Overall renewables make up for about 13% of Germanys energy usage, which is nice but still very far from the green paradise where we many times might feel Earth is returning to. Electricity production alone is responsible for about 30% of greenhouse gas emissions, although very often heat and electricity are generated in unison so it is hard to differentiate.

The optimists might say we have come quite far, and there are technical solutions just around the corner to accelerate the usage of renewables as a power source. The real culprit however is the implementation of policies. We often get told what the individual can do and should do but, in reality, this is a collective issue that needs a collective solution. We do not need to convince the individual to change their habits, we need to empower them, so their collective decisions would change the world. A problem here is: empowering who has not yet power means disempowering who is in power now. For example, a new car might save a lot of fuel and reduce local emission but its overall impact, mainly from production, is not reflected in its price without proper taxes.  The ones with political and economic power today are reluctant to move in this direction since the competitiveness of their country or industry would be at stake. From the interests at the top to the decisions at the bottom, the actual act of buying a new car is usually determined by the price. Without a proper taxation on what is undesirable, the desired changes are very narrow in their reach and too slow to propagate. Just as a parenthesis, in most cases it is environmentally worth to keep driving the old car.

For sure there are “climate skeptics” but their interpretations cannot deny the sea level rise in many places and other climate-related phenomena. One example: hurricanes in Florida have already became so frequent that even Trump is close to write off his Florida resort. Once your property gets washed away, climate change stops to be a Chinese hoax. This should have been the way of posing the problem to begin with. Not to phrase climate change as a problem of wellbeing and personal interest was probably the biggest mistake the scientific community made about climate change.

We usually talk about climate change, environmentalism or saving the planet. None of this is the core concern – not for Trump, not for you. The change in climate is relevant to everyone because it will have a massive impact on our daily lives, a very negative one compared to the life many can afford today. Is climate change about to end mankind – very unlikely, we are few billions. Climate change however is about a massive decline in living standards for the majority due to floods and droughts, and their resulting wars and refugee movements. In other words, this is much more than the environment or the planet, it is about how the societies will handle those changes under such a distress without imposing suffering and exploitation on most humans. The evidences from today pose a not so rosy (or green) future about how we will live under such changes.

The second biggest mistake is that this threat to our wellbeing and that of our children has not properly been accounted for in the technocratic world of politics. The argument is that it is still too expensive to invest in renewables and that they must mature and “fight” their way into the energy market. However, this completely ignores the enormous risk that climate changes holds for the future, and the cumulative effects of pollutants. On the other hand, the risk of making a mistake by “going green” is almost non-existent compared to the business-as-usual. In the worst case, we end up with several years of economic downturn – but much less pollution.

We can also look at the issue from a more fundamental point of view. The amount of energy that we need to power our modern societies and to feed whole mankind is huge. There can be no doubt that it will not be possible for much longer to fuel civilization with energy stored from past centuries in coal or oil (and a little bit less so in Uranium). On the other hand, we might have never reached this point of technological advancement without so much easy-to-get energy.

Fossil sources of power gave us the opportunity to develop technologies for becoming independent from just burning “things”. Now we shall, and must, use the opportunity, the technological development based on fossil fuels provided us to jump to the next level. Because if we miss this opportunity and the momentum, we might not, and probably will not, be able to try it again.

What we need is the political change and bold (collective) actions – how we get this change is a much harder question than how to store the power of the summer sun to use it in the winter. The latter one we can already do, the first one I am not sure we can.

Florian Kühnlenz is a PhD student at the University of Oulu, Centre for Wireless Communications (CWC). With a background in Physics he develops electricity market models for integration of flexible consumption inside the BCDC Digital Team.

This blog article was first published on Oulu University’s the Science with Arctic Attitude blog on 8th of October 2018, and it’s the part of university’s Pure Fact Campaign. The University of Oulu is the leading research organization in BCDC Energy project.