“Sustainable Campus” project at the University of Campinas: A living lab for renewables’ integration, energy efficiency, IoT and mobility

State University of Campinas (UNICAMP), located 95 km northwest of São Paulo, has an ongoing project to be the leading research institution in renewable energy integration, energy efficiency, Internet of Things, and electric mobility in Brazil. In partnership with the electric utility company in the region (CPFL Energia), a multi-pronged approach is being deployed to better integrate renewable energy sources – such as solar and wind power – with electricity storage, as well as modernize the transport infrastructure within the campus. 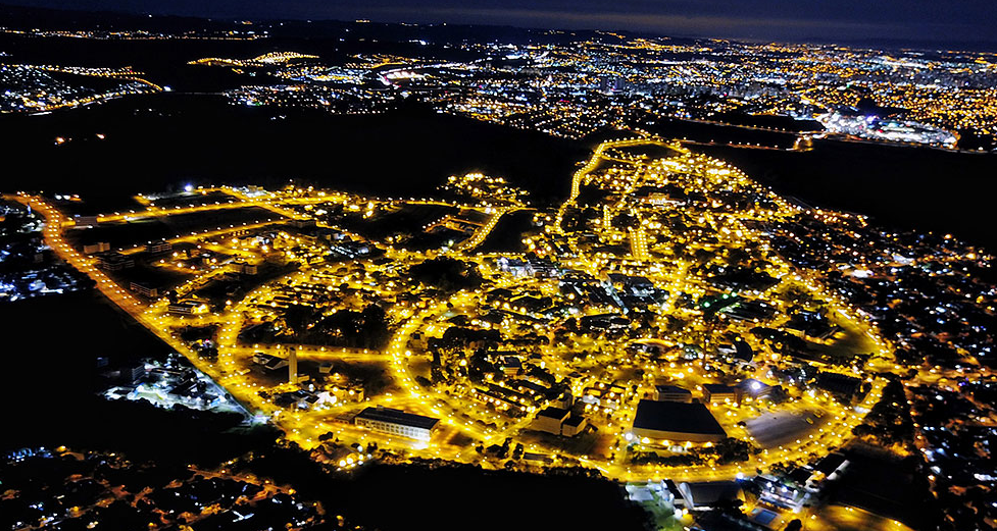 The University divided in three campuses in different cities (with Campinas being the main campus, Limeira hosting the Faculty of Applied Sciences, and Piracicaba with the Dental School). It is a lively community of students (around 40.000, with roughly half of it being post-graduate students), professors (more than 2.000) and faculty, services and hospital staff (over 7 500 people). The university operates also administer two hospitals (one within the campus), which together, provide almost a million medical appointments, and more than 60.000 surgeries to the region every year.

Given the size of the community – if UNICAMP were a city, it would be considered one of the top 10 percent cities in population in Brazil – and the expected focus on research and development within an University, an ambitious project is in deployment to make the campus more energy-efficient, environmentally friendly, and also to provide the research community with their own “living test lab”, allowing for on-site studies regarding micro-generation, storage, energy measurements, load forecasting, IoT, and many other areas.

Some of the sub-projects under the umbrella of the Sustainable Campus are:

COS (Mini Operations Center): measurement and control infrastructure is currently being deployed in the buildings, and will provide a centralized real-time monitoring of the energy consumption throughout the campus, which will help giving insights about possible areas of improvement in the energy efficiency in the future.

PV (Solar Generation): Studies conducted within the university identified a generation potential of around 16 MWp for rooftop solar within the campus, if every building’s roof were to be fitted with solar panels. This would amount to roughly fifty percent of the energy needs of the university being covered by solar power, which could mean big savings with the electricity bill in the long run. The current solar generation in deployment is around 600 KWp, or roughly two percent of the total energy consumption of the campus.

MOBE (Electric transportation/mobility): Given that the size of the main campus – around four square kilometers – there are bus lines that circle the campus to help in reaching the most remote areas. Currently the buses are powered by diesel engines, but they will be soon replaced by electric ones, with its own solar generation and a battery storage system to provide charge for the evening.

EFEM (Retrofit of buildings towards Energy Efficiency): Several of the buildings were built during the 80’s, and there is plenty of space for improvements, mostly in illumination (automation and efficiency) and thermal (minimizing thermal losses and replacing old air-conditioning systems).  The pilot of this project is in the Faculty of Mechanical Engineering (FEM) and involves monitoring of energy consumption, temperature and noise levels, together with the replacement of several of the air conditioning units.

GenIOT (IoT-based energy management): Through deployment of several low-power wireless sensors in the areas of interest (first in the EFEM sub-project, expanding to the rest of the university afterwards) it will be possible to continuously gather a myriad of data from the buildings, such as temperature, humidity, illumination, human presence, energy consumption and so on. This huge amount of sensors will allow insights on the best practices towards increased energy efficiency, as well as working as a field test of massive deployment of wireless sensor devices.

Energy market contracts: This project will create models for the customers who desire to buy energy directly from the market using long- and mid-term energy contracts, with continuous monitoring of the instant demand, reactive power, and total energy consumption, as well as energy price trends in the future market, becoming a tool to help with the decision-making.

The project is also backed by the Brazilian Electricity Regulatory Agency (ANEEL) and its R&D program in Energy Efficiency. For the Agency, the expected outcome is the building of knowledge and resources to both improve energy efficiency and reduce energy costs in public buildings and areas, in the form of courses, books and guidelines to be offered to the public.

The benefits of the project go beyond energy and money savings. The infrastructure of the project will be available to the faculties and research teams inside the University, allowing for the study and development of new technologies to modernize the power grid, while also transforming UNICAMP in a role model for energy efficiency and management in Brazil and neighboring countries.

The project team is open to establishing research partnerships, and can be contacted via its coordinator, Professor Luiz Carlos Pereira da Silva, from the School of Electrical and Computer Engineering (FEEC) at the e-mail: lui(a)unicamp.br.

Photo: The State University of Campinas