In the BCDC Digital Team, in addition to market solutions and building a reliable power system that combines large-scale renewable resources and a large number of small-scale distributed generation contributors, we are also looking at different ways to build reliable and efficient communication networks for smart grids – ways that are also compatible with the advances in the telecommunication industry. 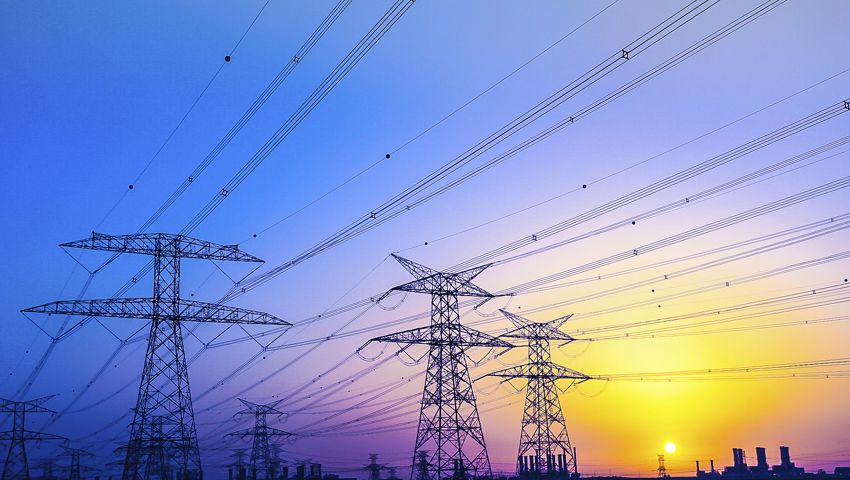 Thinking about life in the late 19th and early 20th centuries, we can imagine how different everything was: Less populated towns with fewer industries and factories. A simpler life when, unlike the world today, not everything depended on the availability of electricity. Basic power plants were being developed to meet the societal and industrial needs of that time. Hence, traditional power grids have been serving our daily needs for almost 100 years now. They have contributed greatly to the needs of the people, in addition to the industrial needs of society.

However, with the recent technological advancements, it is fair to say that the old grids are not capable of meeting the demands of the new era of technology. Several problems, such as more blackouts and overloads, have arisen from using old power grids with new technologies, due to, for instance, low response time of the devices over the power grid [1]. Moreover, the human population is also growing at a rapid pace, which means more and more consumers and devices are being added to power grids around the globe. In addition to these problems, traditional power grids are responsible for a part of the world’s carbon emission problem, since their main resources for power production are fossil fuels [2].

All these challenges that the power grids are currently facing call for a new, modern grid that can meet the needs of today’s world. Hence, the concept of the ‘smart grid’ was introduced as a new, much-needed power grid that is capable of addressing the daily and industrial needs of modern society. What turns the old grids into a smart grid is the addition of communication systems, which makes two-way communication between different elements of the network possible, resulting in the communication networks being among the most important parts of a smart grid, responsible for collecting and analysing different types of data important to the power grid [2], [3].

During recent decades, the telecommunication industry has seen huge advancements in various aspects. It all started in the 1980s, when the first analogue cellular systems were introduced through the first generation of wireless telephone technology (1G). 1G made basic seamless mobile voice services possible. Although 1G was great in its time, it was not capable enough to meet the ever-growing demands of society and industry.

With developments in the telecommunication industry and the need for a faster network with more capabilities, 2G was introduced, marking the beginning of the first digital wireless technologies in the early 90s, with more voice capacity, in addition to SMS and GSM capabilities. As the years went by, customers’ demands for better call services also increased. They were now also looking for high-speed internet access and data services; hence, mobile communications are always evolving to newer and faster generations with more capacity and much greater capabilities [4].

Nowadays, wireless networks have become an inseparable part of our daily lives. Doing almost anything somehow depends on wireless communications, from paying our bills to remotely monitoring and controlling a process in a factory. Thus, the need for better, faster and more reliable communication systems is always there. While all the older generations are currently being used around the world in addition to the latest 4G networks, scientists and telecommunication companies are working on developing the new, fifth generation of wireless telephone technology (5G), to be introduced by 2020.

5G is going to revolutionize the telecommunication industry, as it will not only be a faster version of 4G with more capacity, it will also be a highly different model from the previous generations. 5G is going to connect millions of devices in different locations together, providing them with highly reliable communications that can meet the case-specific needs of different applications. This would mean the spectrum (the radio frequencies used by different devices and applications, e.g. mobile phones, GPS, TV broadcasts, etc., to transmit information and communication over the airwaves) usage will increase dramatically in the upcoming years, and the availability of the needed spectrum is one of the main challenges that needs to be tackled in the future [5, 6].

Since the availability and usage of the spectrum is one of the main challenges facing the telecommunication industry, it is important to come up with ways to make more efficient use of the spectrum possible. One of the tools that is also currently being used is unlicensed spectrum access, in which the main users of a network, such as base stations and mobile users, have the right to use the spectrum whenever they need it. On the other hand, the less important users, such as smart meters, can use the same spectrum, but they have to wait for the priority group to finish their transmission, and then they can use the spectrum to transmit their data, so that they do not cause any problems for the first group [7].

While this type of spectrum access will also be used in the future, 5G is also going to need exclusively licensed spectrum so that it can deliver the application-specific services expected from it. This can be done with the newly introduced concept of ‘micro operators’ (µO). In other words, µOs are a tool for local service delivery in 5G, which will benefit from having exclusive licenses for its own use. µOs are going to have their own specific infrastructure in a network with local licences issued for its own usage. This local licensing will allow µOs to deal with all kinds of mobile network operator users [8].

Although this solution might sound easy, it is going to hugely affect different elements of the networks hugely, such as utilities, service providers, electricity consumers, and also regulatory entities. Regulators should be able to issue local spectrum licenses in a desired area so that µOs are able to function as expected. This would mean that in the upcoming years, there are going to be changes in spectrum policies around the world. In Finland, for instance, there are 28 national spectrum regulations; however, spectrum policy dialogues have already started, which is vital for the future of the 5G new spectrum regulations. Hopefully, it will clear the path on how to deregulate, and also re-regulate some of the old legislations that need to be changed in order to meet the spectrum requirements of the future.

Why we are here

In the BCDC Digital Team, in addition to market solutions and building a reliable power system that combines large-scale renewable resources and a large number of small-scale distributed generation contributors, we are also looking at different ways to build reliable and efficient communication networks for smart grids – ways that are also adaptable with the advances in the telecommunication industry.