Finding out the right direction for energy-efficient data centers

Data centers consume a lot of energy, and not very efficiently. Let’s take a look at some related data. According to some predictions, global data center electricity consumption will grow to 3-4% of total electricity consumption by 2020. Maybe it seems not so huge. Let’s look at a more specific example. In 2015, global data centers used 416.2 terawatt hours of electricity, which was far higher than UK’s total consumption. What makes it worse is that meanwhile, the average Power Usage Efficiency (PUE) for Data Centers hasn’t improved at all. Let’s look at a survey in 2014, the PUE even fell from 1.89 in 2011 to 1.70 in 2014. In short, we need to make changes to improve the efficiency of data center energy consumption. 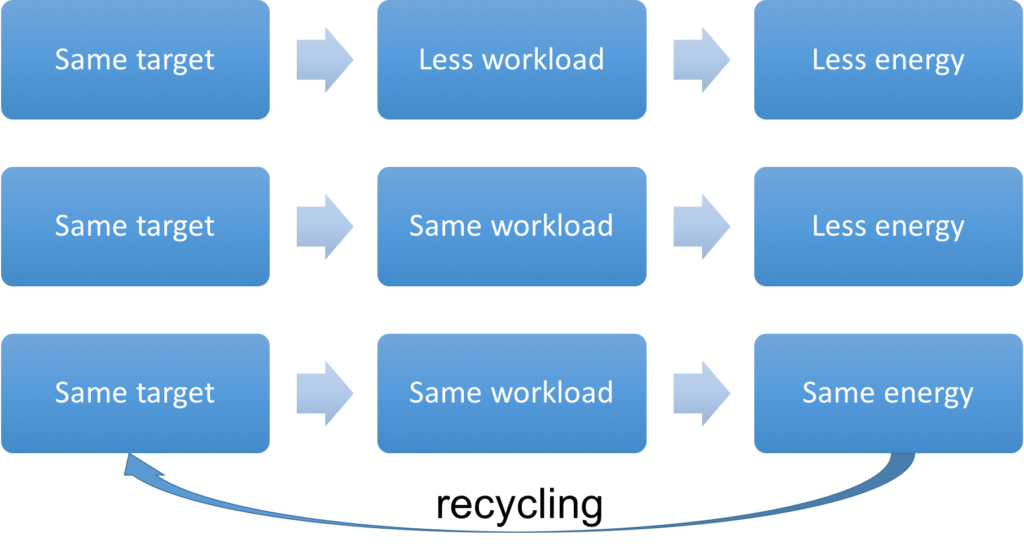 Since cooling system is a necessity to maintain servers with suitable temperature, we focus on how to improve the energy efficiency from cooling system’s perspective.

Most of the electrical energy in data centers is converted to thermal energy. To guarantee the normal work of servers, cooling systems have been developed and improved. No matter what architecture is designed inside the cooling system, basically, the major media used to transfer thermal energy is air and water/refrigerant. Due to many reasons including risk and current low efficiency of liquid-to-liquid heat exchangers, cooling system with water is not very popularly used in real life. However, air also has some obvious disadvantages as a cooling medium. First of all, it’s not a good heat transfer medium. Secondly, using large fans may be not a good idea in modern data centers with increasing density.

Where is the future?

Recently, some deployments including the Microsoft’s underwater data center seems to be efficient in cooling system’s perspective, but where is the recycling part? Just throw however much thermal energy into sea and let it be? What would the influence be? According to Peter Lee, corporate vice president for Microsoft Research and the NExT organization, they measured no heating of the marine environment beyond a few inches from the vessel . This seems good, but what if every company put their data centers into the ocean?

So what can we do about the thermal energy?
Heat Resistance
Maybe we can think about this from a different perspective. What if we spend the funding on improving the heat resistance of hardware instead of developing new cooling system? The biggest reason why we should do this is: we can then easily get air or water with higher temperature that can be easily reused for heating.

Cooperation Across Industry
As lots of researchers predict, edge cloud (the frontier of computing pushed from centralized points to the edge of network which is close to users) will be widely deployed in the future to decrease the workload of central cloud while improving data transfer. Then edge data center can be deployed on top of large buildings or underground and serve as central heating system. Actually it’s realized at some places nowadays, but to make it widely deployed, we need more understanding among different industries.