During the past 4 years of working as a wireless communications researcher in BCDC project, my main goal has been designing communication networks which would be compatible with the future communication technology, 5G. Considering the famous 5G triangle, the main focus of my research work has been on the 2 lower parts, namely massive machine type communications (mMTC) and ultra-reliable low latency (URLLC) communications. 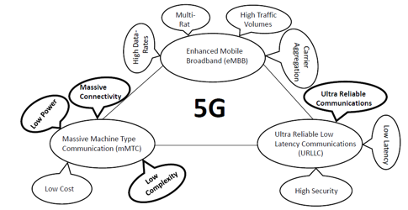 The motivation behind this is the fact that smart grids is one of the main use cases of mMTC communications. As the name suggests, massive machine type communication networks are the kind of networks that connects a large number of devices together, without any human involvments, which is going to be an important part of 5G as well. Smart grids also consist of a large number of IoT devices such as smart meters and sensors which are going to need to communicate with each other either constantly or in certain intervals, depending on the application. That is why it is important to desing efficient communication networks for mMTC networks, specifically smart grids.

In the work done in the telecommunication studies part of BCDC, we have designed two different communication networks which can be used in different smart grids applications based on their requirements. If we are dealing with networks in which there is no need for having a very high reliability level, such as remote meter reading, it is possible to use our proposed unlicesened spectrum access network. For applications that require very stringent level of reliability, such as high voltage grid control, we have designed the local licensing networks which can provide even 99.999 % level of reliability in smart grid networks. These networks are studied considering different aspects important to communication systems such as reliability and latency, and their suitability is positively assessed.

The work done in this project is important specifically because it addresses on the main challenges of the telecommunications technology and that is the fact that we are facing with the lack of spectrum resources, specially now with the development of 5G and IoT. Hence, coming up with different ways to use the available spectrum resources more efficiently is now more important than ever.

The result of this study is published in the IEEE Sensors journal, 2018 under the title “Finite Blocklength Communications in Smart Grids for Dynamic Spectrum Access and Locally Licensed Scenarios”. 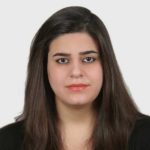 Iran Ramezanipour, PhD student (will defend her thesis in August)